Perhaps Not a Pendulum Swing 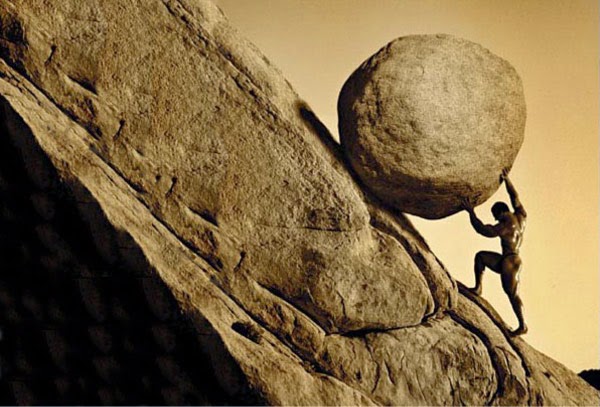 As we observe change that occurs throughout our lives and attempt to give ourselves some context, we often refer to the pendulum.  The back and forth movements give us some sense of normalcy as one phase comes to an end and, as we presume, the arc toward the opposite extreme begins.

One alternate to the pendulum metaphor to consider is the myth of Sisyphus.  While it is the very metaphor of futility it may also be a more apt illustration of the feedback loop that opposes us collectively when we basically try to push things too far.

Granted, the crux of the Sisyphus myth was that the onus of stone and mountain was his punishment for greed and deceit rather than striving helplessly toward an aspiration that was just out of reach. No matter how determined he may have been with each attempt to ascend the mountain with his burden, gravity set brought him back to square one.  In a modern context, when ambitions or grand plans get too ambitious they become more likely to fail -- not because of hubris, but because of the imbalances that are created, especially when significant amounts of technology are injected to achieve these goals.

Despite the belief that an ideal or the top of the hill are attainable, reversals keep them out of reach. The larger the endeavour, the more likely it is to generate negative feedback loops that gradually increase the resistance to progress.  The 1960's space race may have avoided feedback loops because the destination and the goal were so remote from everyday lives.  For all of the confidence espoused with the old "we can put a man on the moon" chestnut there may have been a convenient or blissful oversight of the challenges that would have been proposed if that much capital and technology were put into an endeavour that was entirely directed at an earthbound project.

If capital or technology are introduced in a manner that skews the balance between elements of production or stakeholders in a project or process, the consequent imbalance will eventually generate opposition that contributes to the gradually decay or complete arrest of the project.

The fast food industry may have believed it found the formula to continue to increase profits as it mechanized more and more of its processes and reduced the significance of the human element in the production processes.  There was a confidence that staff could be put in place with a minimum of training and that they would consequently have the opportunity to increase production while bringing labour costs down as well.  There was, however, still the matter of maintaining employee satisfaction. Without that satisfaction there were more problems with quality control and satisfaction.

The problem in many situations is that when technology is introduced for the sake of improving efficiency it merely amplifies components of the process without heeding the needs or contributions of other inputs.  The harshest thing about this increase of technology is that the human factor often gets left behind.  When new technologies are introduced and the new organization of stakeholders tends to cluster more closely around the technology and other inputs such as capital rather than the people that are supposed to benefit from the technology or perhaps work with it.

The increased consciousness surrounding the connections between community, environment and health and the consequent movement of people from the suburbs to the inner city is one more example.  After 60 years of suburbanization there has been a movement toward the vibrancy and sense of community that accompanies inner city living.  This transition is the consequence of a feedback loop that has included increased occurrences of obesity, a strong desire for a rekindled sense of community, and the desire to spend more time with friends and family rather than in a gridlocked commute.

If it is apparent that "progress" has generated an imbalance that undermines the quality of life for people, there is a high probability that negative feedback loops will eventually claw back that quality of life.  The rock will move back down the mountain and reach stasis in the valley once again.
Posted by Pat at 10:10 PM 1 comment: 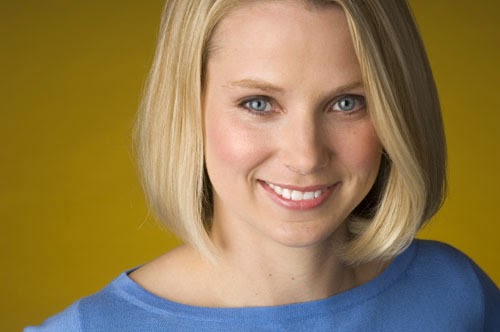 The innovation option may not be the most popular one, but a longer term view that ensures that the organization retains its assets and mission or be is far healthier and motivating than the demoralizing retreat that cuts and layoffs may often signal.
Posted by Pat at 3:59 PM No comments: